Back to Case Studies

An exclusive development of 60 New England style homes that make up the Summer Lake development in the Cotswolds.

All of the lakeside developments are bespoke-built lodges have been constructed in New England style to make up the Summer Lake development in the Cotswolds, with the final few homes scheduled for construction in spring 2022. 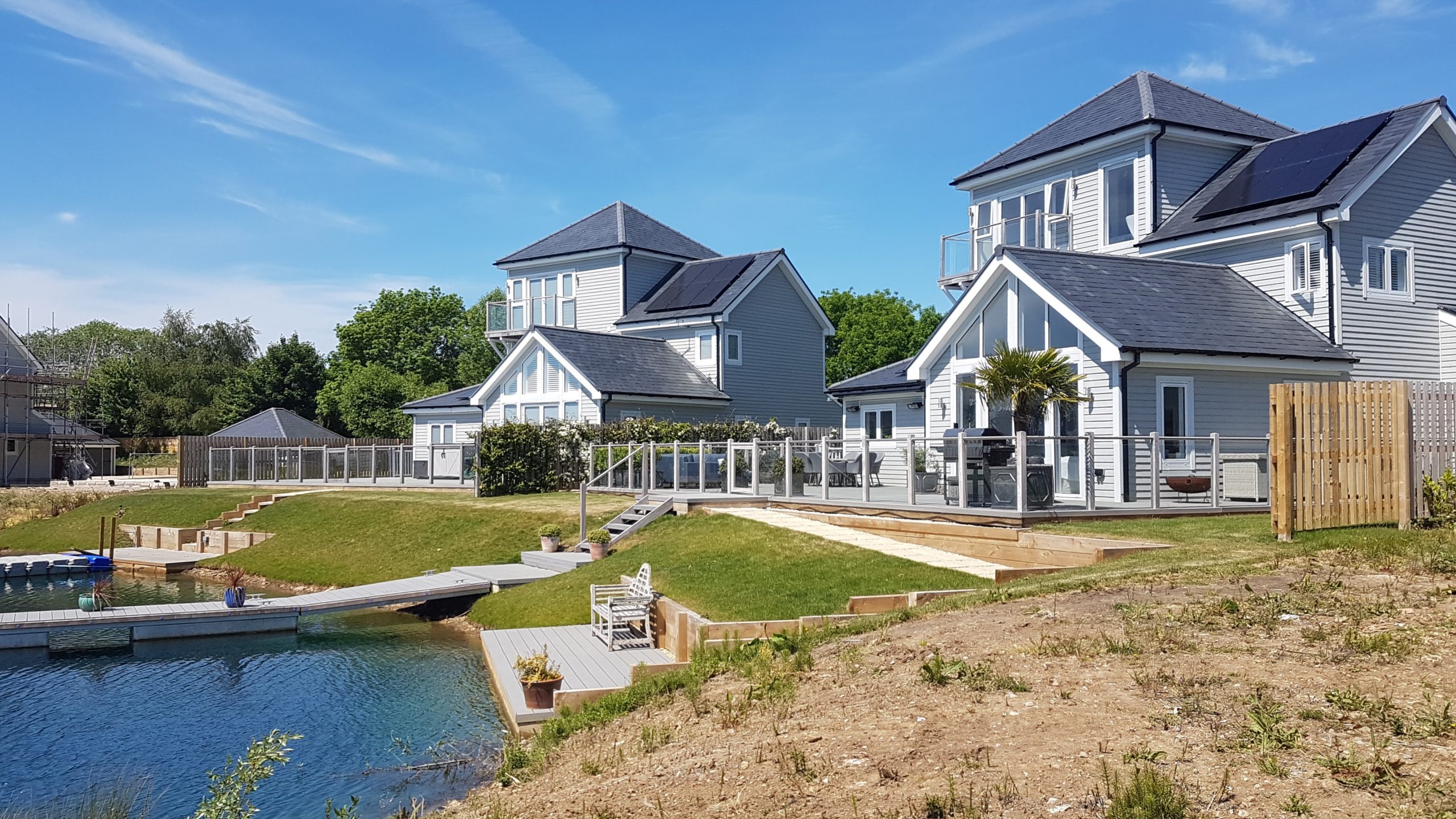 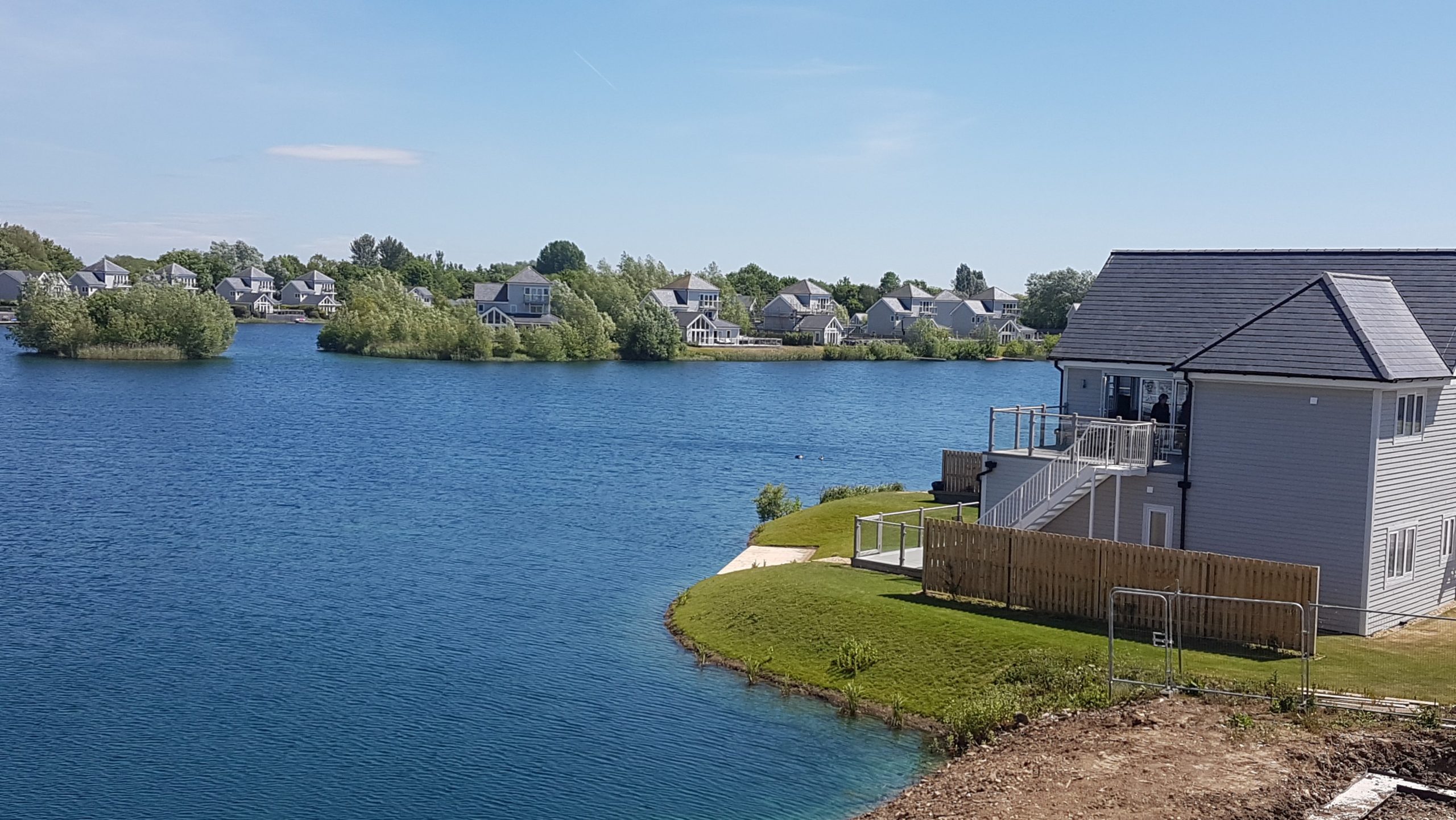 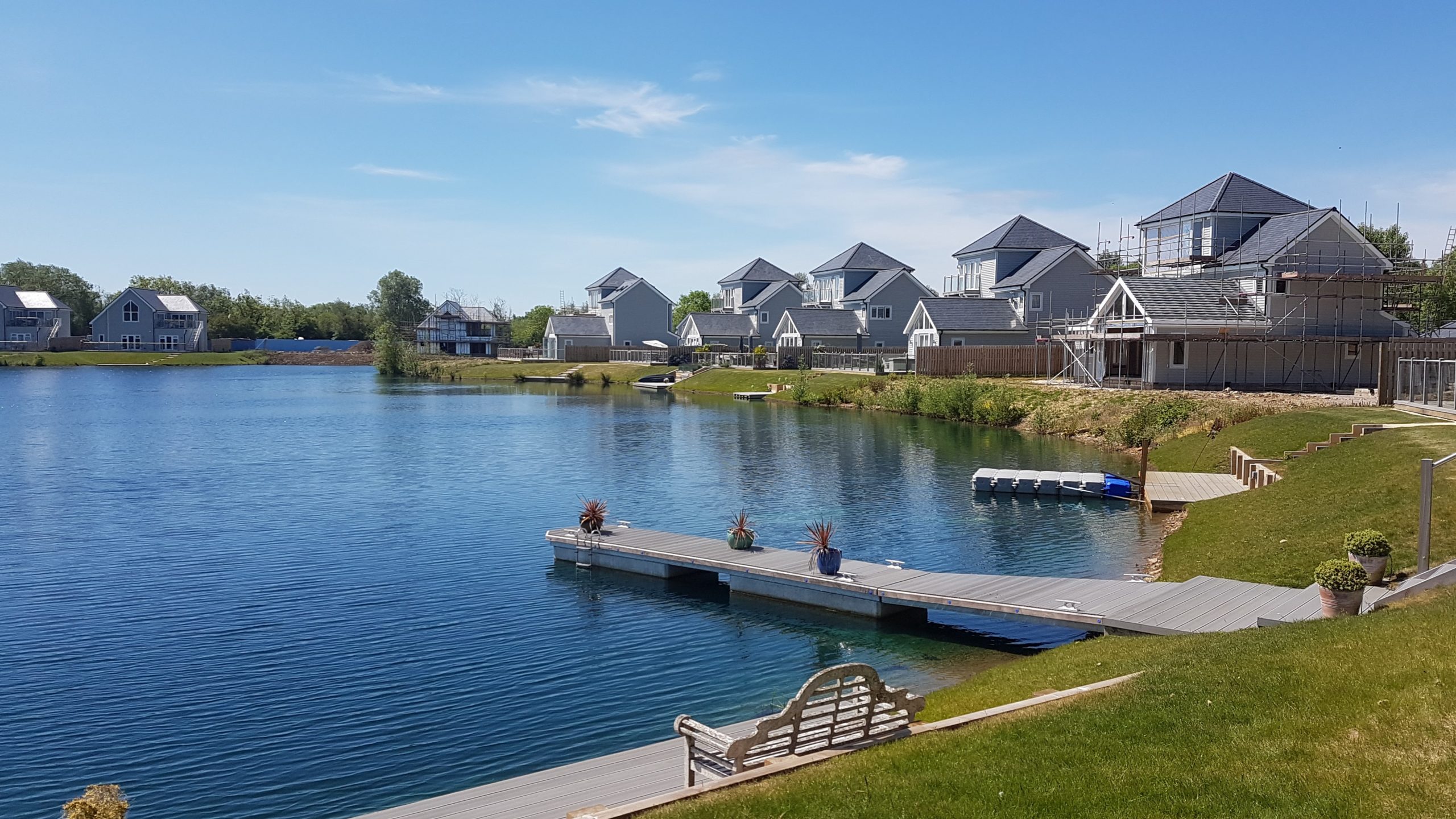 Each timber-clad lodge has a slate roof built using SIGA 13S, smooth, dark blue-grey commercial slate, installed by Fosse Specialist Roofing. This particular slate has very good availability, which was an important factor in its selection because the lodges are built on a plot-by-plot basis over several years.

Contractor Fosse Specialist Roofing has worked on the development from the outset. Sid Sellars, Company Director says: "We've been involved with Summer Lakes for several years; sometimes we'll roof a couple of lodges in a month, and sometimes we won't do any for several months.”

The lodges have an upper and a lower roof. The upper roofs have a regular pitch but the lower, wrap-around roofs have a much shallower pitch. SIG worked with Fosse Specialist Roofing to ensure these shallow-pitched roofs would perform throughout their lifespan.

The headlap will vary depending on the design of the roof: the lower the pitch of the roof, a greater headlap or a wider slate is required. SIG, supporting Fosse Roofing with the specification, supplied two sets of slates to each lodge, one with an increased headlap for the shallower pitched slopes.

With the scheme almost complete, SIG’s natural slates have proved so popular on the site that Fosse Specialist Roofing has used them to replace the roofs of several existing buildings on the site to match that of the lodges, including the concrete-tiled roof of an old fishing tackle shop and the tin-roofs of some old industrial buildings.