This article looks at common markings on roofing slates, explains what they are and what, if anything, you need to do about them.

All the features mentioned in this article may be encountered on the surface of natural slate of the highest quality, and they are not a matter of concern. They will not affect the life span or performance of the roofing slates.

We recommend you specify and install only slates that are tested to BS EN 12326 and rated W1/T1/S1. This ensures that your slates have a low water absorption, low oxidation and high resistance to sulphur dioxide exposure. All SIGA Natural Slates are rated W1/T1/S1.

You can find out more about the testing regime and more about other ways to ensure the quality of your natural slate roof. Any markings on roofing slates rated W1/T1/S1 can be regarded as part of the natural variations you get with a natural material.

Here are some examples of markings on roofing slates you might come across.

All grey and blue-black natural slate contains metallic inclusions, wherever the source. These inclusions are commonly iron compounds which are given the generic name Pyrites or Iron Pyrites (roofers often call it Fool’s Gold).

Some Pyrites are visible to the naked eye and are stable – these are common in T1 slates. Other slates (those rated T2 and below) may contain more pyrites that are not visible and are unstable; these are the ones at risk from rust. Read more about rust in natural slate roofs.

Visible, stable Pyrites in a T1 rated natural slate are not a matter for concern and some find them rather attractive. 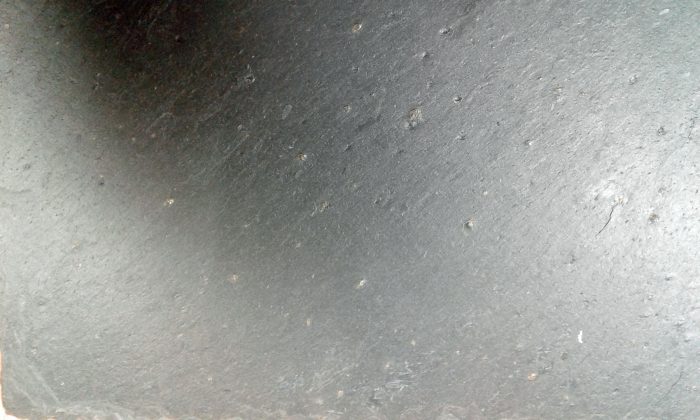 Some of our roofing slates are more likely to have visible pyrites than others. Those with the smoothest textures tend to have the least. Our best seller SIGA 39 from the Excellence range, has a few visible pyrites, and SIGA 37 from the Commercial range, has a few more. As with all natural materials, the occurrence of these natural phenomena varies.

If you’re interested in choosing natural slates by texture, our Product Finder tool has a ‘texture’ filter where you can select whether you are looking for a heavily textured slate or a smoother variety. 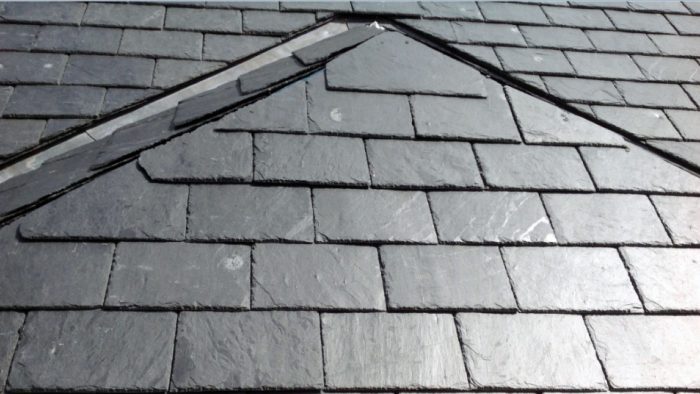 Rosettas are naturally occurring formations of Calcium or Magnesium Carbonate on the slate surface, often circular or oval in shape. These are formed during the development of the slate layers and are then exposed when the slates are split. Rosettas can sometimes be mistaken for bird droppings. 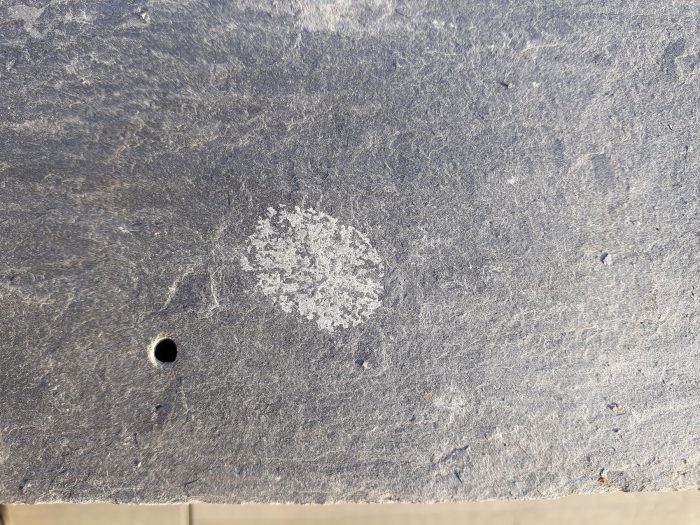 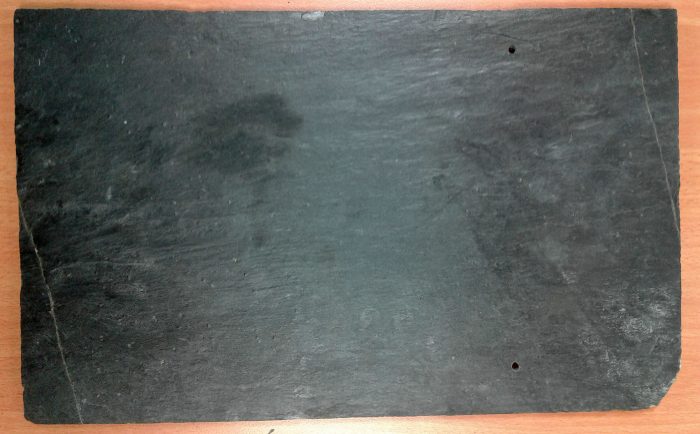 Sometimes lines of quartz crystals will form in the slate deposits, which show themselves as white lines across the slate. 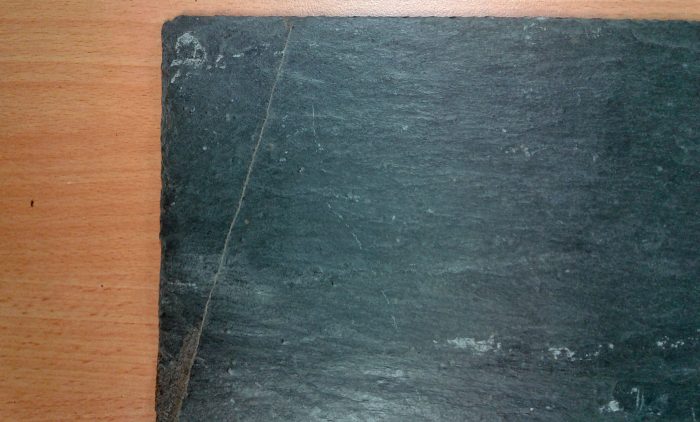 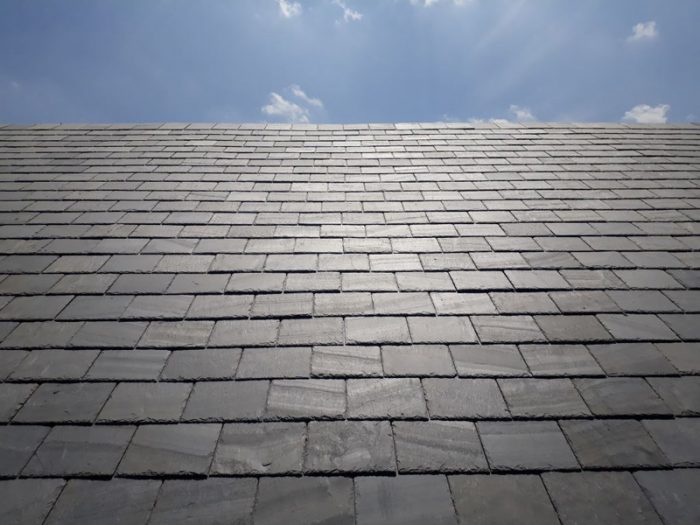 In certain light conditions you can see the sediment layers in a newly laid natural slate roof.

As a natural product, roofing slate often has slight colour variations and changes in the direction of sediment layers laid down before the rock was formed. These will commonly only show up on a newly installed slate roof under certain lighting conditions – for example when the sun shines from a particular angle.

Whilst you may be able to see the patterned variations on installation, after a few months natural weathering of the slate will weather out the changes and they will disappear.

A well selected natural slate roof with slates that have been properly graded and sorted on site will have an even appearance which it will maintain over many decades.

Other Markings on Natural Slate

Have you spotted any other markings on natural slate? Why not tell us about them in the comments, or send us a picture? 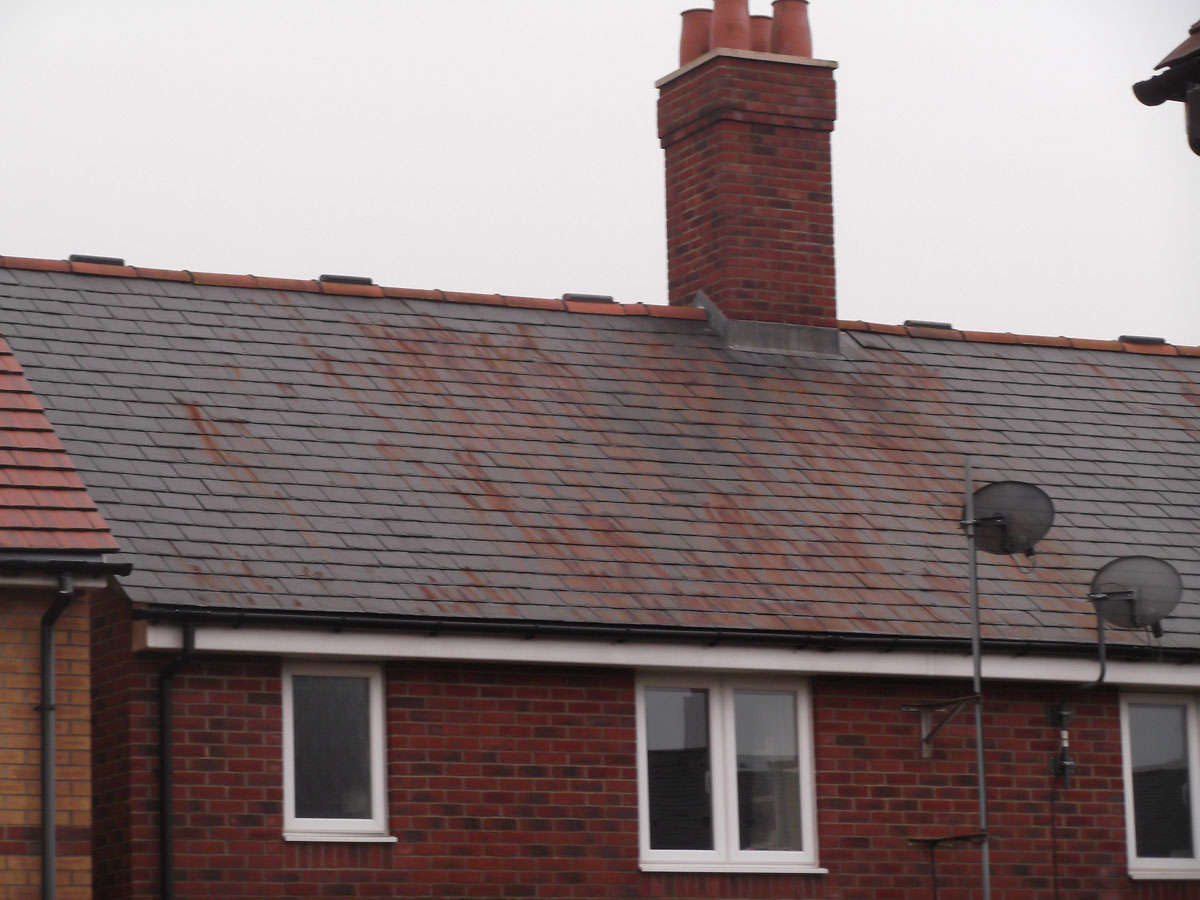 How to Avoid a Rusting Slate Roof 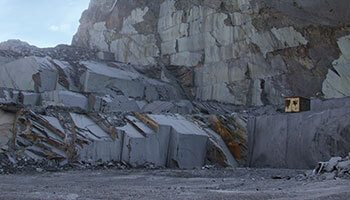 Natural Slate Selection – How to choose the correct slates 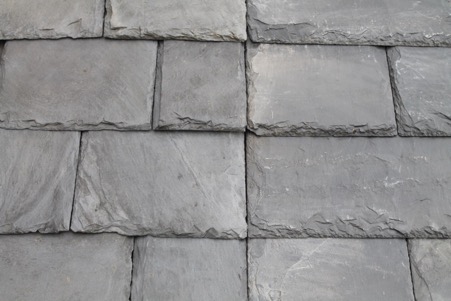