The noose is quickly tightening on inferior natural slate 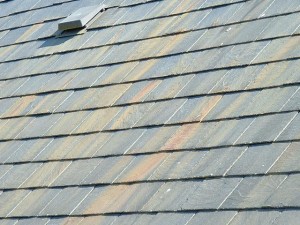 There may not have been a fanfare of trumpets on the 1st July last year, but the official birth date of The Construction Products Regulations (CPR) marked a huge victory in the battle against cut-price and inferior natural slate that can sometimes be the cause of many problems for the UK roofing industry.

With the intention of breaking down technical barriers to trade for specifiers and end users for all construction products within the European Economic Area, the CPR harmonises the methods of test and publication of product performance. It also establishes the minimum safe performance standards for several kinds of construction products; a welcome and long-overdue step.

Not only that, the CPR has introduced new Declarations of Performance (DoP) by the manufacturer or importer. Replacing the Declarations of Conformity, these serve to indicate that the slate’s CE Marking is consistent with its declaration. By making a DoP, the manufacturer, importer or distributor assumes legal responsibility for the conformity of the slate with its declared performance and must put their name to it with their signature.

The new DoP will help alert roofing contractors to any issues regarding the key physical properties of the slate such as frost resistance, visible rusting, and structural integrity, in order to ensure that it’s the ‘best fit’ for the project in hand.

Since 2009, the NHBC declared a ruling that all natural slate used on new build projects should be A1T1S1 compliant and, just in case the noose isn’t tight enough, LABC and NHBC inspectors have already begun to visit sites to verify that only CE-marked products are being used. Should there be any issues with the product marking or supporting DoP, then the LABC and NHBC inspectors are perfectly within their rights to demand that the slates are stripped off the roof – potentially at the contractors’ expense. However, it should be noted that slates produced or imported pre-July 2013 are not subject to the new requirements; therefore, please be extra vigilant when purchasing.

Given that there are still an alarming number of products available on the market with NO markings and NO paperwork, this latest development is a welcome move for the slate industry in the UK. Reinforcing BS EN12326-1:2004 – the harmonised EU standard governing Natural Slate and Stone for Discontinuous Roofing and Cladding – which assures roofing contractors that the slates they are buying, irrespective of their origin, are tested to the criteria laid down in the standard, this new legal requirement for a CE mark and DoP offers some level of protection against previously-unmarked inferior imported slates.

The problems caused by using inferior natural slate are endless. Not only can it be riddled with inconsistencies and imperfections that result in high wastage, but it often translates into higher labour costs too. Its traceability is also a problem when something goes wrong, or if spares are needed to finish the job. And that’s before the warranty is taken into account, assuming it has one, and whether it’s even enforceable under UK law.

Sadly, it’s only when confronted with the serious problems of hidden carbon content, the high risk of rust, damaging micro pyrites and excessive water absorption, that roofing contractors begin to realise that cut-price and inferior slate comes with hidden costs.

Whilst the new legal requirement may not be able to solve the issues of inconsistencies and imperfections, poor traceability and unenforceable warranties, it offers roofing contractors some level of assurance that the slate and the supplier, for that matter, are legally accountable.

More than with any other roofing material, with natural slate ‘you get what you pay for’. There is always cheaper slate around, but there will always be a reason that it’s cut-price, so roofing contractors need to buy with their eyes wide open – even with CE Marking and DoP support.

The vast majority of roofing slate used in the UK comes from Spain. Unfortunately, such is the pressure on some Spanish quarries to keep the cash coming in following the recent French market slowdown, that some rust-risk T2 slates are being passed off as T1 slate without re-badging or altering their product descriptions. The agents and importers are then selling this apparently competitive slate at cheaper prices in order to secure sales and maintain margins. This silent enemy poses a huge risk to merchants and contractors alike, as roofers are being duped into thinking they have a genuine bargain. Completely unaware, they being sold sub-standard slate that is passed off as high-quality slate.

For example; a dwindling handful of Spanish quarries are based in the Casayo region which produces a great slate that is very flat, thin, uniform and workable. Unfortunately, it has a very strong tendency to rust, so given the NHBC’s rules, it is now relegated to the RMI budget-conscious market and should be sold as a T2 slate. A certain volume of this slate is still being sold honestly in the UK as T2, but the distribution of the remaining volumes remains a mystery.

When choosing natural slates, therefore, always select from a reputable source and make sure that you are given a copy of the BS EN12326 certification, CE Marking and DoP. Place your trust in suppliers that source direct from quarries and can offer longevity of supply – you never know when you may need spares or extras for the project in hand – and don’t be fooled by lifetime warranties. Be forthright and try to do background checks on the slate’s origins. Even with certification, all may not be as it seems.

Despite what they say, ignorance is NOT bliss. Don’t make the mistake of taking traceability and enforceable warranties for granted. In the past, roofers have only ever asked for warranties or the old CE Declaration of Conformities once the complaints began and, unfortunately, this is too late. It doesn’t cost much more to use a legal product and the costs of being caught using illegal and inferior slate will far outweigh any savings made on the original purchase.

NOT SURE WHICH PRODUCT YOU NEED?